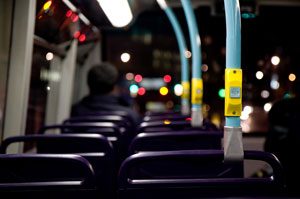 Getting there, travel to London is not a big deal. London has five international airports and a large port and to travel around the city just take the mythic Tube or the classic double-decker buses to get anywhere and enjoy the wide range of leisure activities available. Due to London's huge global city status it is the most served destination in the world when it comes to flights.

London has four major international airports: Heathrow, Gatwick airports, Stansted and Luton airport. London Heathrow Airport (LHR) is 24km (15 miles) west of central London, is the world’s busiest international airport serving destinations worldwide, with terminals one to five linked to Paddington by the Heathrow Express. London Gatwick airport is about 28 miles south of the city. The Gatwick Express runs a train service between the airport and Victoria station in central London 24 hours a day every 15 minutes. It's surprisingly easy, quick and comfortable to travel overland by train to London to just from anywhere, be it Paris, Cairo, Calabria or Moscow.

Still, travelling around Greater London or into London's historic centre can be daunting for the first time visitor. Find information on all forms of public transport in London, routes, maps, journey planner and online tickets sales, London traffic and travel information.

Every year 30m overseas tourists visit the UK, spending £16bn and making tourism the UK’s third foreign exchange earner. Spending by foreign visitors is forecast to almost double to £31bn in 2020, growing 4.4 per cent a year. Tourism is poised to expand faster than retail, chemicals, transport, the utilities and manufacturing.