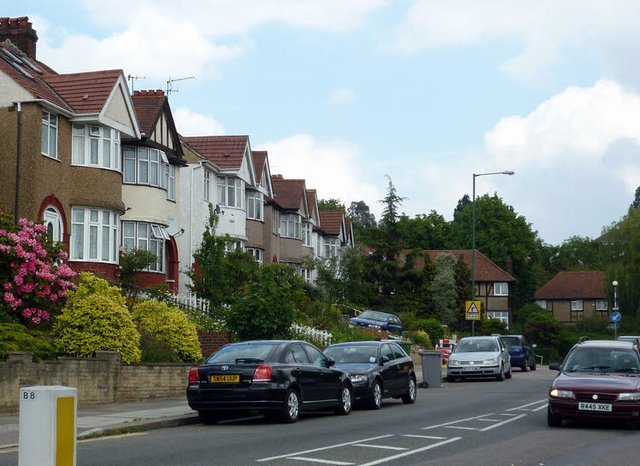 Idyllic and quiet Dollis Hill in Neasden. Neasden was once nicknamed "the loneliest village in London". 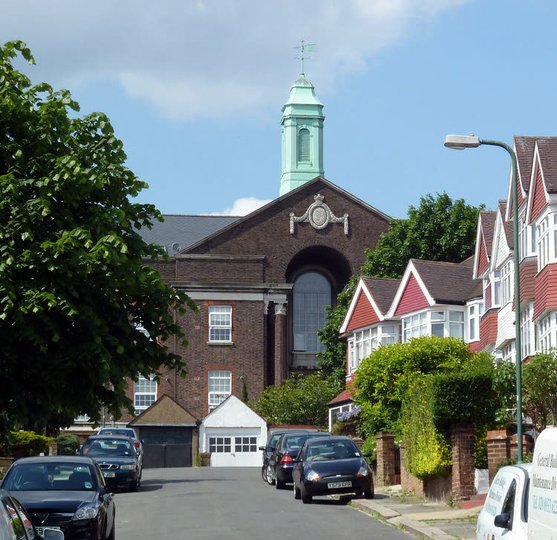 Some occasional bigger buildings hide here and there in the village. This very occasional building was built on 1933 as the Post Office Engineering Research Station. The components of 'Colossus', the world's first programmable electronic computer, were made here in secret GPO Research Station.

In 1997 the property was sold to a developer who converted the building into block of luxury flats. 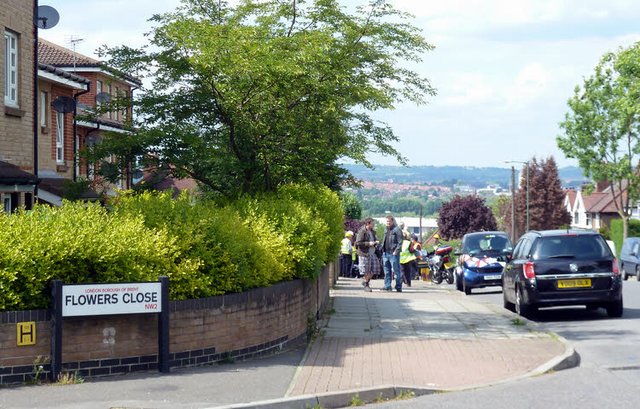 Access road to the Research Station is named after Thomas Harold Flowers, a British engineer who during World War II designed the 'Colossus' that helped solve encrypted German messages.

After the war Mr. Flowers applied for a loan from the Bank of England to build another machine like 'Colossus' but was denied the loan because the bank did not believe that such a machine could work.

From the corner of Flowers Close and Brook Road opens an idyllic view over valleys of London and to people waiting at the entrance to the underground bunker. The entrance is disguised as an inconspicuous street-side electricity substation. 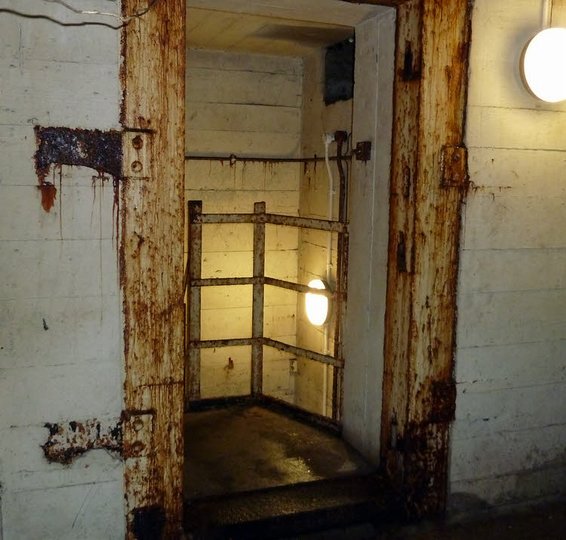 Inside the substation, out of sight, is door to the Cabinet War Room forty feet below the ground. 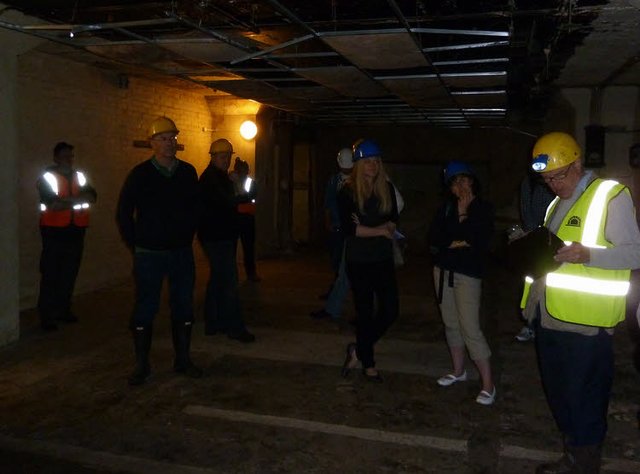 Churchill’s secret bunker was really a secret throughout the World War Two, from 1939 to 1945. The bunker, codenamed Paddock, was an alternative to the Cabinet War Rooms at Whitehall, which would not have survived a direct hit. This bunker was built deep enough to be completely bomb-proof from outside. 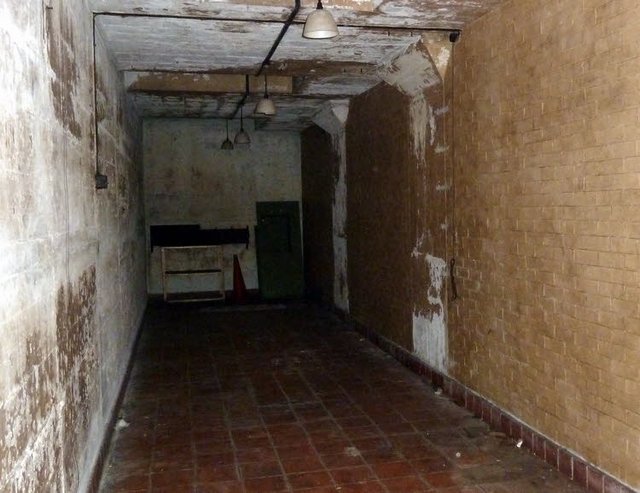 Battery room's floor in the bunker is covered with the acid proof tiles that extend to the walls, a precaution in case the batteries would leak. 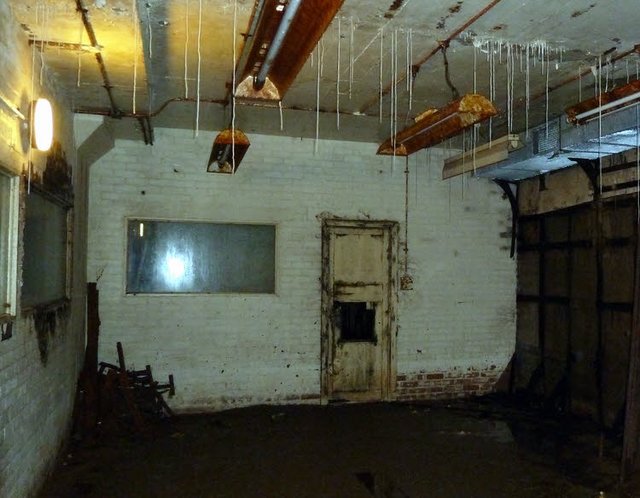 The concrete shield able to resist the explosive force of bombs and shells began to leak allegedly as a result of the construction works on a residential property above. Water, rich of minerals, drips from ceiling and forms stalactites. 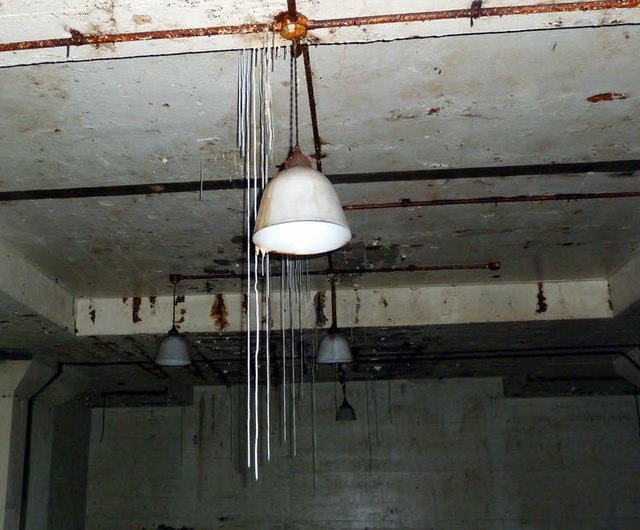 When to touch those stalactites with fingertip, they fall apart. 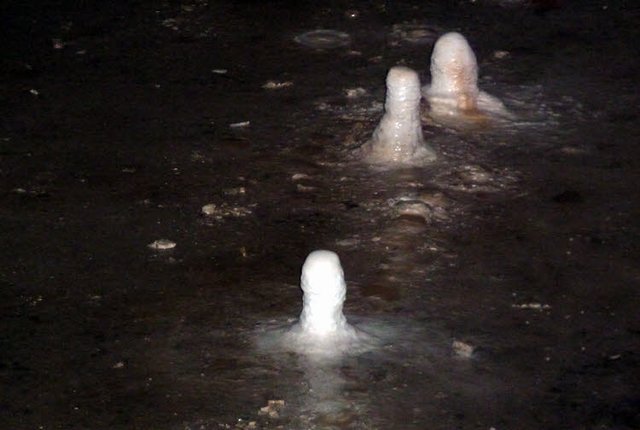 A stalagmite grows opposite to the stalactite, rising from the floor due to the dripping of mineralized solutions and the deposition of calcium carbonate. 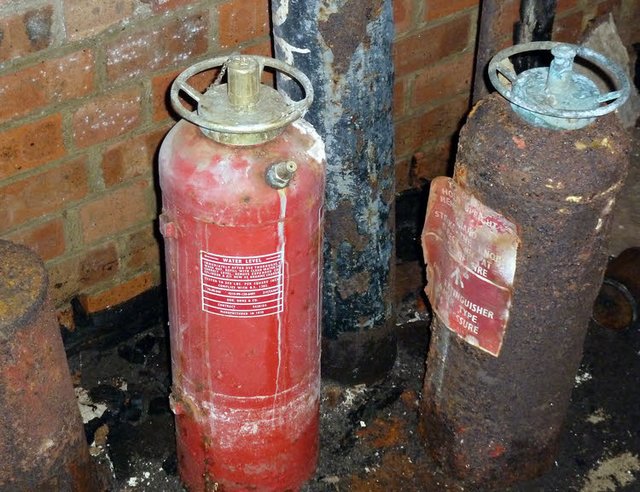 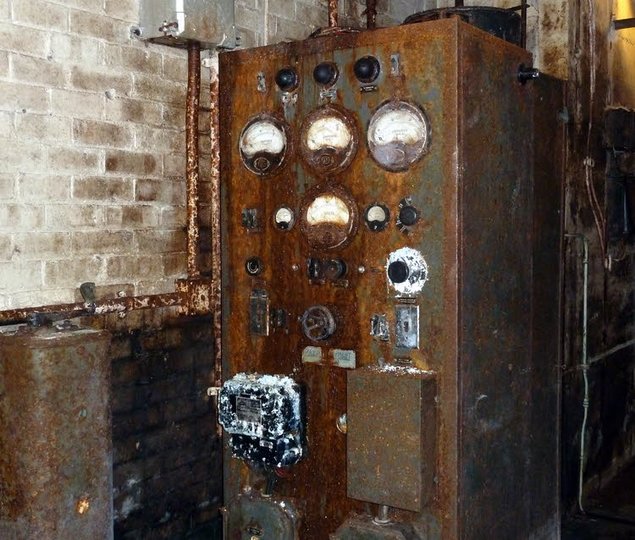 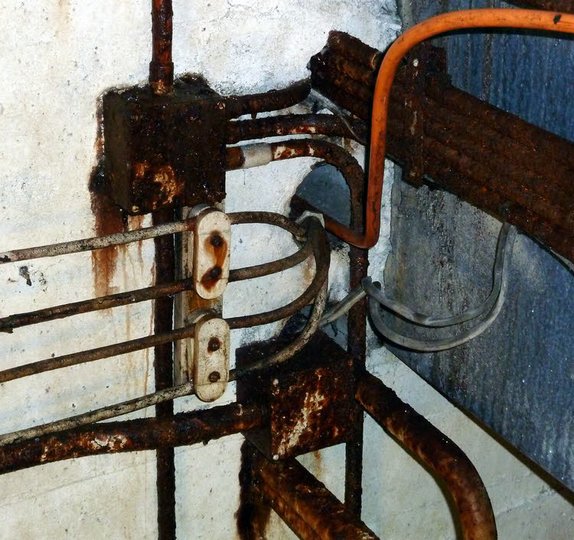 The bunker was designed to accommodate the entire war cabinet and 200 staff. And back those days every person smoked tobacco, an agricultural product processed from the leaves of plants in the genus Nicotiana. How many ash trays they must have had there in 40 feet deep! 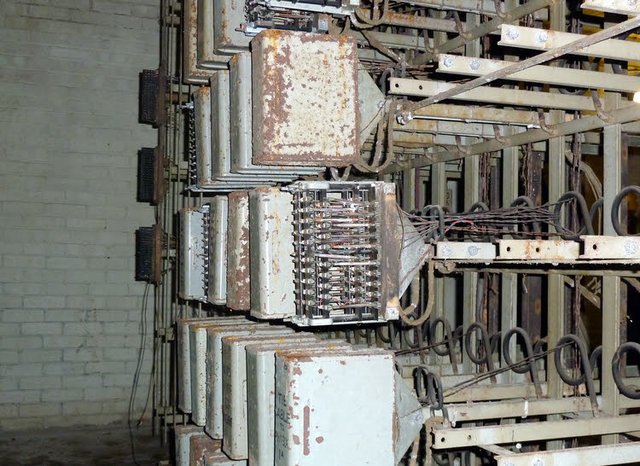 Paddock was meant to be Churchill’s last refuge if the World War 2 Battle of Britain had been lost. The telephone exchange in GPO Frame Room was ready to meet hard times.

Paddock was so secret, that Churchill even when bombed, only described it as "near Hampstead". A socket of unknown purpose. 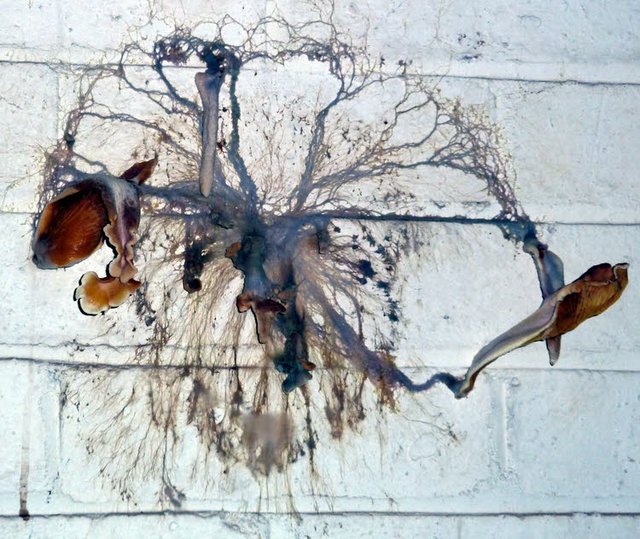 Churchill used this bunker just once for a war cabinet meeting because he thought it was too far away from the city and he found it rather damp. 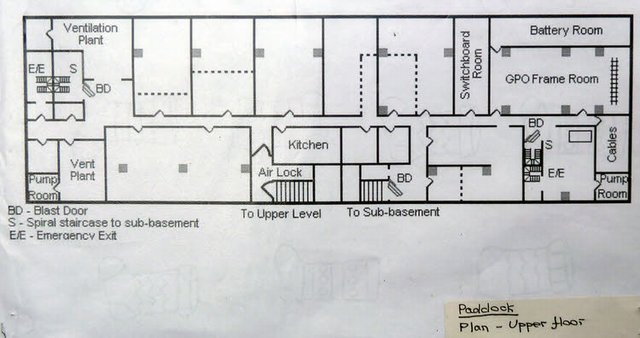 The upper-floor plan of Churchill's secret underground bunker that was codenamed "Paddock". 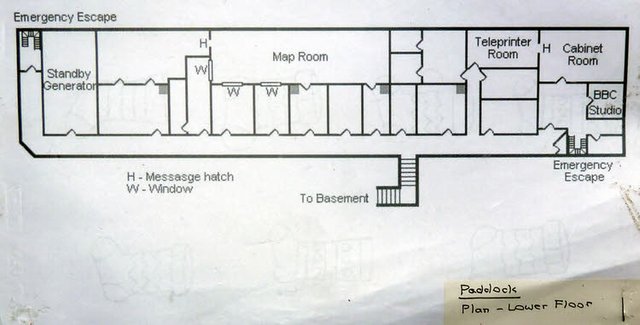 The lower-floor plan of Churchill's last refugee. The studio room of BBC News was foresightedly located next to the emergency escape. 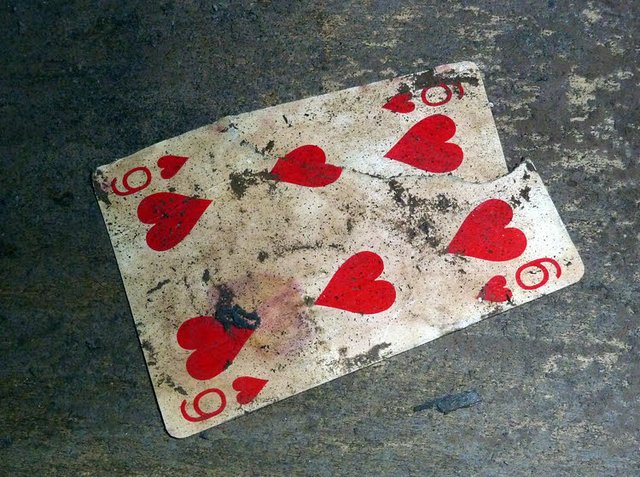 A lonely playing card on the floor of Churchill undeground bunker. Find out more on underground bunkers.