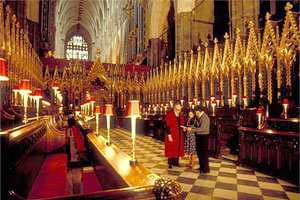 Where to go in London
to be entertained...

There is a vast array of permanent and seasonal tourist attractions in London from music and beer festivals to historic buildings, museums and a world-class zoo, including a host of free attractions. Check near the time for timings and programmes for seasonal London attractions like the Notting Hill carnival in August and the London film festival in October. Many of the large public galleries and museums in London are free attractions which charge only for special exhibitions and there are plenty of tourist attractions to enjoy without paying.

Take a 30-minute trip in a pod on the London Eye, the world’s biggest observation wheel, it’s a major tourist attraction with a panoramic view of the city and its landmarks.

The 900-year-old Tower has served as a fortification a royal residence and a prison. It houses the crown jewels, a stunning display of royal regalia still in use for state occasions. The iconic Tower Bridge spans the river alongside the castle.

A trip to Her Majesty’s place to see the state and rooms and the Grand Hall. The picture gallery has some fine paintings including Rembrandts and Vermeers. Visitors can walk along the west side of the building to see the garden, palace and 19th-century lake

The Science Museum has a host of entertaining and educational exhibits and displays focusing on science and technology spread over seven floors. Kids can explore scientific principles in a hands-on galleries with interactive displays and there’s an adults-only centre for lectures and performances.

The Zoo in regent’s Park opened to the public in 1847 and is home to over 750 species from the exotic to the mundane. Events include animal displays, feeding sessions, keeper talks and birds of prey in flight.