The Alchemic Order is a collective of London artists; some of the finest talents in theatre, music, architecture, design and contemporary dance in the world.

Oscar Wilde’s The Picture of Dorian Gray: A Restoration 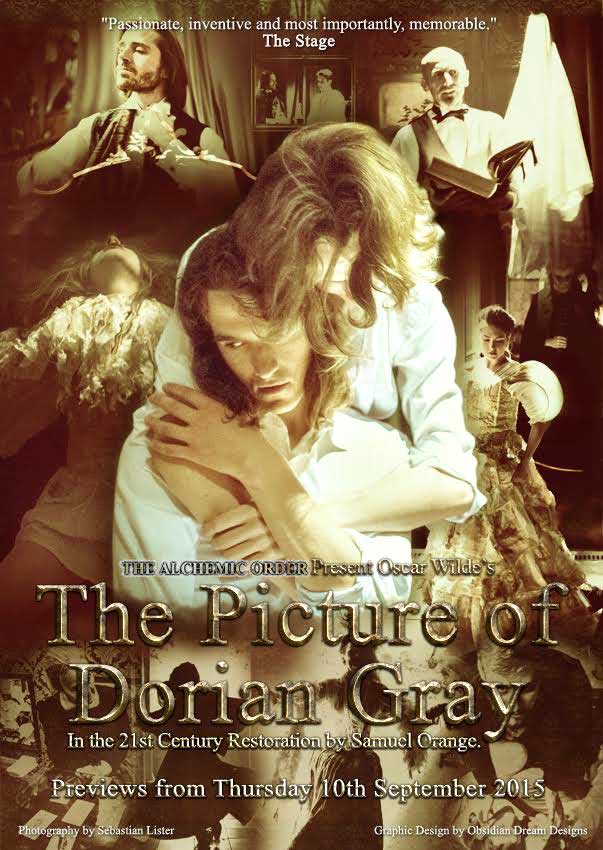 The Alchemic Order presents: Oscar Wilde’s The Picture of Dorian Gray: A Restoration.

The Picture of Dorian Gray: A Restoration

Adapted by Samuel Orange, from the novel by Oscar Wilde

The Alchemic Order consider The Picture of Dorian Gray one of the most important works of western literature. In our adaptation, a reappraisal of the metaphysical premise of the novel paves the way for a new theatrical experience. 125 years after publication, Oscar Wilde's infamous novel has been radically transformed into this critically acclaimed production which will transport you to the luxurious, languid and licentious world of Wilde and his characters. As guests at Mr. Gray's town house in The Royal Borough of Greenwich, you are invited on a journey through time, space and imagination, from aristocratic Victoriana to the decadent underworld of a Gothic nightmare and beyond.

The House of Orange (in The Royal Borough of Greenwich); address is given out at booking, as it is a 'secret' address.

Previews from 10th September 2015. Opens 1st October to 23rd December 2015. And it is an intention to run the work permanently throughout 2016 and indefinitely therein after.

The show has garnered a lot of attention, together with extraordinary audience, academic and critical acclaim.

"Passionate, inventive and most importantly, memorable."

"Orange conjures an evening of startling invention. It is a labour of love that translates and showcases an impeccably high standard of acting. More than a theatre experience. More than a good night out."

"Nothing short of brilliant. Every cast member was utterly captivating. This is the best piece of theatre that I’ve seen in years."

"A refreshingly unusual and well-executed production, fuelled by an intense engagement with the classic source material. This ambitious adaptation is executed with loving attention to detail and no small amount of flair."

"You'd be forgiven for wishing all theatre was done this way."

“Great acting, inventive staging and clever writing. This is the future of creative and imaginative theatre."

"Wildly inventive. An ambitious, creative and memorable experience and we are certainly made to feel welcome guests in the house."

"Fondly pieced together by a lover of both alternative theatre and the book. They loyally stick close to the clever words of Wilde and the staging of this play is a clever idea, the specifics of which are yet to be done anywhere else."

"An experience like no other. It is honestly enchanting. You can't imagine the surprises that The Alchemic Order have in store for you. It feels like you have witnessed something special."

"The production was a treat; tightly scripted, adeptly delivered, and blessed with a lightning dynamic that made the evening fly by."

About The Alchemic Order

The Alchemic Order is a unique collective of creative minds.

Within a synergy of media, they propose new rituals of aesthetic transfiguration. Artistic Director, Samuel Orange collaborates with those seeking new dimensions in art, thought and life. Website www.thealchemicorder.com was vanished from the Internet 14 April 2016.